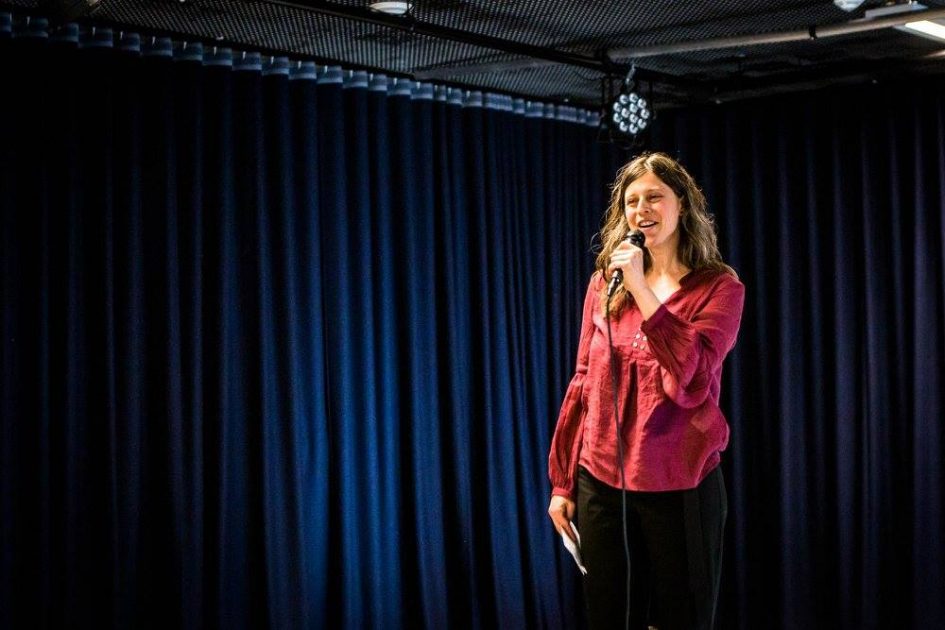 My experience at the April 2017 Oslo Soup was so great! I had attended the previous event, where Laura and Shamsa won for their exciting project “Made in Tøyen,” and it was very inspiring. I felt, as a participant in the audience, part of something small, but important. I felt connected to the presenters, particularly those I voted for, and so excited for their win! It was also a very good preparation for presenting my own project. I realized, from watching the four presenters last December, that it was very important to be concrete about what the money would be used for, not just what the project was. 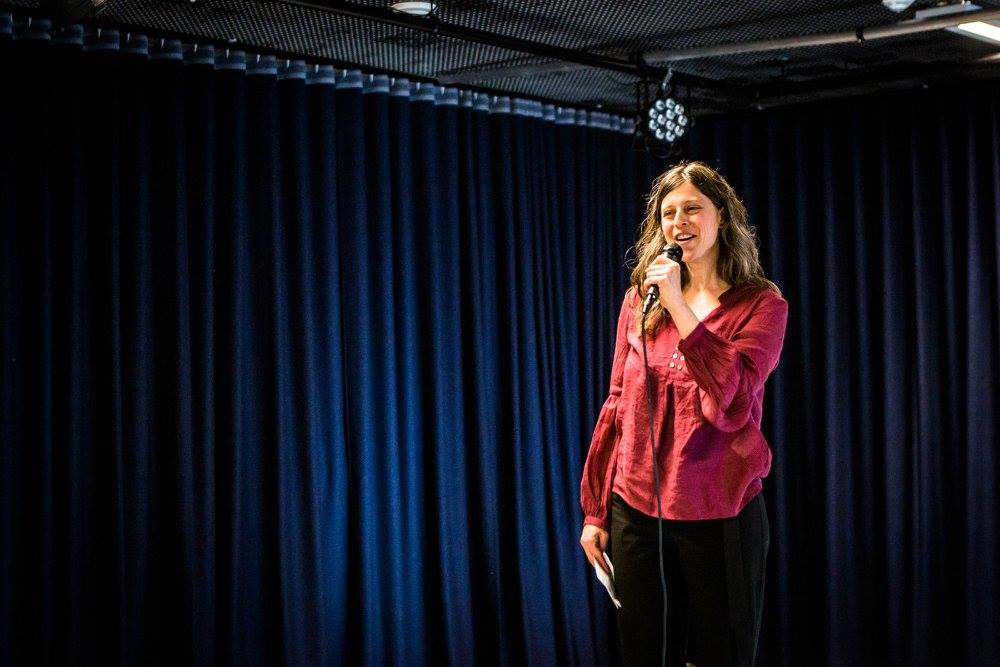 The project I presented in April 2017 was an idea that started out as a course I had started for immigrants to learn the songs that I loved so much, and which were part of what originally drew me to Norway. I thought it would be an inspiring way to deepen people’s connection to both the language and the culture of Norway. I was very pleased with the response, as the courses were full each term. What I hadn’t expected was that at least as many Norwegians as internationals wanted to participate! In each of the  four semesters I did, registration was almost exactly 50% Norwegian, 50% people from other countries.

The focus on Norwegian songs seemed to create a special atmosphere in these groups. The participants clearly loved the haunting melodies and unique harmonies as much as I did. In my work as a singing teacher and choir director, I am very familiar with the experience people have of connecting with the people they sing with in surprising ways.

I realized there was something extra special about the groups singing Norwegian songs, and this was where the idea for “The Norwegian Songs Project” started to form. One participant told me she had lived and worked in Norway for years, and had always struggled to connect with Norwegians. At work she always felt on the outside, that she was never fully accepted. But in this group she felt something totally different. She found it easy to connect with both the Norwegian and non-Norwegian participants.

In those courses we often talked about the meanings of the songs. The Norwegians loved to help the non-Norwegians understand, and everyone was delighted by the beautiful, strange and funny translations. I thought a språkkafé, where Norwegians could help, and immigrants could both get the help they needed with language, as well as connection and community, would be a wonderful thing! And so I started to create “The Norwegian Songs Project.”

Preparing to present my idea at Oslo Soup helped me in so many ways. Because of the competition element, I worked extra hard to get really clear about what exactly I was presenting, what were the most important things to say, and what would be inspiring to people. I felt very supported, and when my project was chosen, together with Refugee Green Space Initiative, I felt so celebrated! What a wonderful experience.

To learn more about Bree’s work, check out Silverking Singing. Want to pitch a project? Apply here. Just keen to attend our next event? We look forward to meeting you at CAK on November 26th!