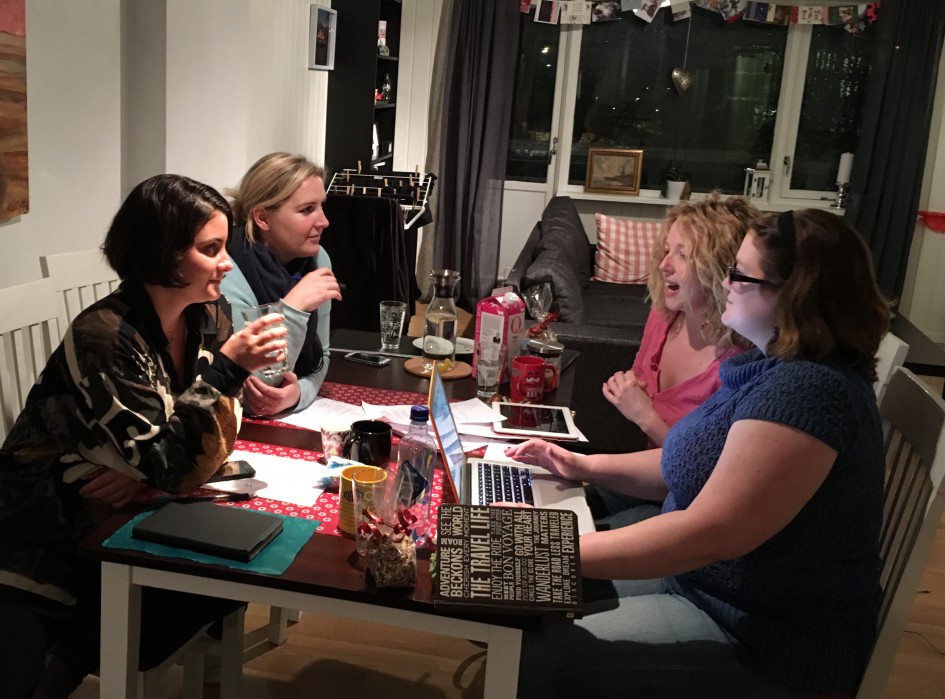 I first came across the soup concept whilst watching a documentary on the BBC about Detroit Soup, I especially loved the ”doomsday sleeping bag project” (check it out online!) I immediately was taken with the idea that anyone in the world could start up a local soup and that the Detroit Soup founders’ actively encouraged this to the point of writing their own ‘how to soup manual’.

At the time, I was involved a little bit in the Refugees Welcome to Oslo group whose roots stemmed from local people taking the initiative upon themselves to help refugees arriving in Oslo in a variety of ways. This grassroots level participation and can do attitude again inspired me and made me really curious to see if i could pull something off!

I’m the first to admit – I like to work in a team.  I like the buzz of sounding ideas off other peeps. I’m very lucky to have met so many diverse, interesting, and frankly, quite clever people in my short time in Oslo and I knew I would need all of their help and resources to get oslo soup off the ground. I would still be here scratching my head about what type of soup to have!

Luckily, everyone approached so far to either be a founder, a volunteer or a sponsor has seemed overwhelmingly passionate about the idea which makes me so excited for the future growth of oslo soup and what it could achieve.

We have had a few top level meetings so far (think The Apprentice!) but luckily, no ones been fired as yet 😉 Things are really hitting the ground – from finding sponsors, volunteers to make the soup, the venue, the website, registering oslo soup officially (scary!), having contact with founder, Amy, from Detroit Soup, becoming part of the Sunday Soup network to put oslo soup on the map and loads of other stuff that you don’t really think about til you start to do something! By the end of January, oslo soup will be totally interactive with all singing and dancing website, and across all the usual media platforms such as Facebook, Instagram and Twitter. – hopefully, enabling us to get the oslo soup concept out to as many Oslo folks as possible.

We can’t wait to meet the potential oslo soup participants and hear about their project ideas and dreams, as that is what its all essentially about. I just know there are so many people out there with a great idea and oslo soup is hopefully going to be the platform they can take their idea and jump into the big scary world of ”DOING” something with it!

So everything is heading towards April 10th, our inaugural event. We set the date before Christmas and it seemed like miles away – now it seems terrifyingly close.

As Detroit Soup founder, Amy, said, “Give it a go, if it doesn’t work out at least  you’ve tried!!”  Love that thought, as fear of the unknown and failure holds us back in so many ways and sometimes you just have to put yourselves out there to know whats there! 😉

Next time round, get to see the lovely inside of SYNG – the wonderful generous venue in Grünerløkka which has agreed to us hosting the event at their venue for free 😉