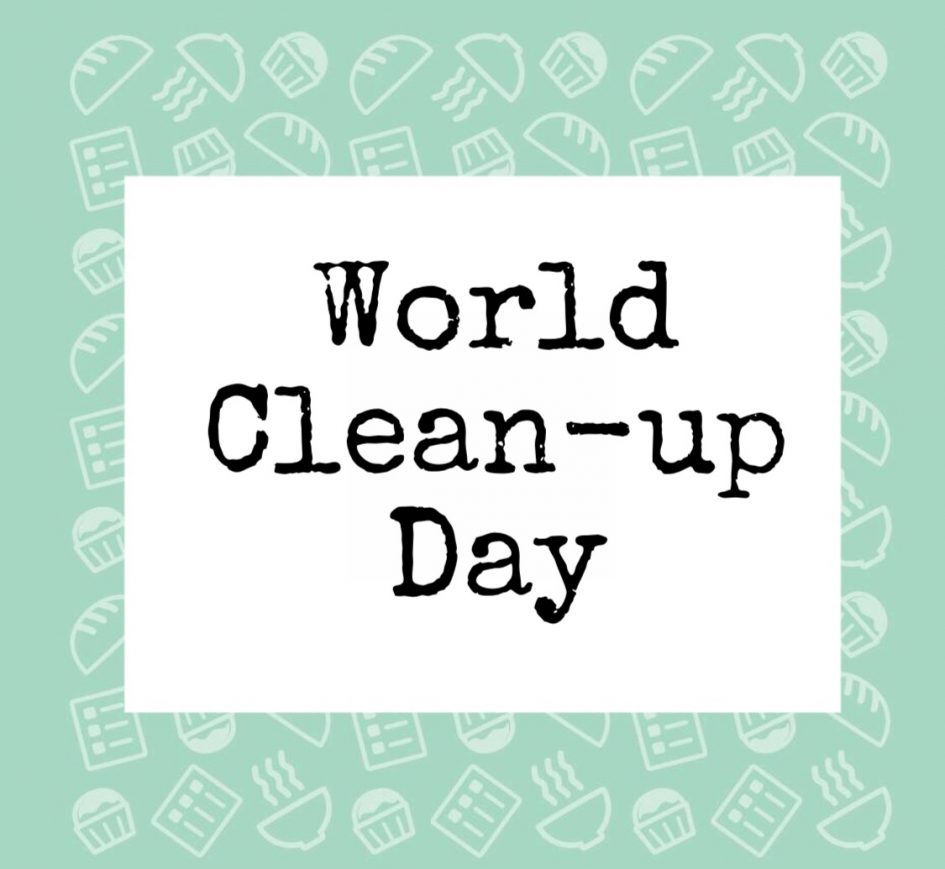 We are so happy to feature Ana who will present the project titled, World Clean-up Day, at our event on March 18, 2018!  Read more about the project below:

The World Clean-up Day started in Estonia in 2008 when a group of concerned citizens decided to take charge of the littering issues they were facing. This is how the Let’s Do It! organisation was born. Soon after, Romania, Kosovo, Albania, France, Ireland and almost all the other countries in Europe adhered to. This time, Let’s Do It! is organising a clean-up worldwide. 150 countries and 5% of the world’s population are the target to clean-up the world on one day: 15th September 2018. UN is actually one of the supporters of the project, they will be gathering the number of volunteers and using that to make pressure on governments to change their policies towards zero waste.
So the purpose of this project is to gather all organisations already doing clean-ups, mobilising as much people as possible all over the world to perform one massive clean-up.
But the outcome of the project is not just that one massive massive clean-up, we want to create awareness in the local populations for the littering problematic (also in Norway this is a big problem – it’s a global issue -most people don’t know it), we want to make a stand against pollution (and against the effect that is having on human and wildlife) and we want to make pressure on decision makers to improve waste management policies and drive towards zero waste. Let’s Do It! In Estonia has a lot more resources than we do in Norway and they have developed an app to map the waste in all countries. We’ll use the data collected in that app to understand what are the problematic areas in the world, understand the origin of waste and tackle it by influencing local authorities.
In Norway, we’re now 3 people working on the project as volunteers but we are recruiting other volunteers.

Why does this idea matter to you?

I got involved in the project through another organisation called JCI. I’m a member of JCI Oslo since 2016 and I joined because I wanted to contribute to the society a lot more than by just going to work ever day. When JCI Norway signed a memorandum of understanding with Let’s Do It! to lead the organisation of this massive project in Norway, I didn’t think twice.
It’s a very hands-on project, environmental, and very social (or so it started that way)… Last September, I did a clean-up in Bygdøy with a few friends and the unexpected happened. In 2h, 4 people and 30kg of waste spreaded in the beach and forest was gathered. 4 weeks later, in October we came back and about the same amount was caught. This was a huge eye opener! There’s no such thing as litter in Norway? Think twice! This project went from an interesting project to something I am truly fighting for! It has changed my views about the impact I as an individual create in the environment and about my behaviours.
Why does this idea matter for me? Because I care! Because I want to walk in a clean beach, because I want to help educating people for the effects we’re having on the environment and because I want to live in a sustainable world.

How will you idea make Oslo a better place?

In Oslo, it will create awareness about the effect that littering is having on the environment. By educating the citizens of Oslo, we can eliminate the litter in both the city and in the wild areas around the city.

How will you use the micro-grant funding to realize your concept?

The micro-grant will be used to help finance the use of marketing / public relations agencies to help us spreading the word about the World Clean-up Day. The project depends on people joining the action on the 15th September, so marketing is very important.